In a significant move to cut vehicle emissions in the Capital, wholesale food supplier, Brakes, is championing the use of 18-tonne DAF LF rigids powered by Shell Gas to Liquid (GTL) Fuel from Certas Energy on its London delivery fleet.

DAF Trucks’ entire 2017 range of New LF, New CF and New XF vehicles, powered by the PACCAR PX and MX family of engines, is certified for use of GTL fuels, which can deliver a 10-20% reduction in nitrous oxide and a 20-40% reduction in particulates compared to diesel. DAF vehicles are also certified to use HVO (Hydro-treated Vegetable Oil) which offers additional carbon savings; neither fuels require vehicle modifications or changes to service intervals.

Following a successful trial, the first DAF LFs fuelled by Shell GTL Fuel departed Brakes’ Premier Park depot in Park Royal, West London, earlier in November. All vehicles operating from Brakes’ Park Royal depot, which carries out hundreds of deliveries in London every week, will run on GTL Fuel, and, if the pilot is successful, plans will be made to switch more of the fleet to GTL Fuel. 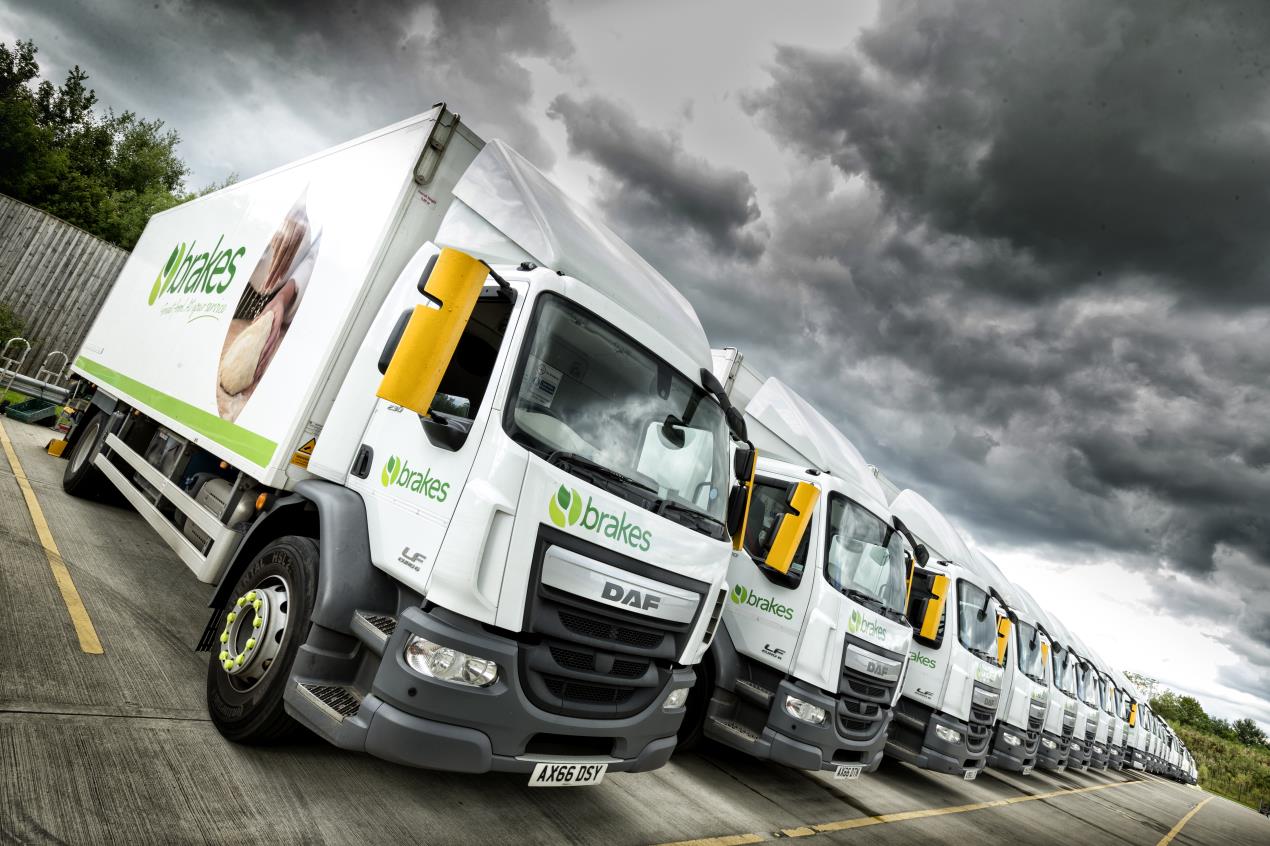 “We’ll be following the progress of Brakes’ pilot London operation with great interest,” said DAF Trucks Marketing Manager, Phil Moon, “Heavy-duty Euro VI compliant diesel engines already emit very low levels of NOX and particulates, and by operating on clean-burning GTL, combustion is cleaner and emissions are further reduced. The engine and its exhaust after-treatment system can spend more time operating in their more efficient modes, potentially delivering improved fuel economy. If the differences are significant we expect other operators to show interest in evaluating GTL or HVO in their fleets.

“The PX-7,” he said, “and is an extremely popular engine in the DAF LF and DAF CF middleweight applications thanks to its high economy and reliability. Operators can rest assured that, together with the entire PACCAR engine line-up, GTL and HVO fuel is certified for use with minimal operational implications, and can deliver significant environmental benefits.